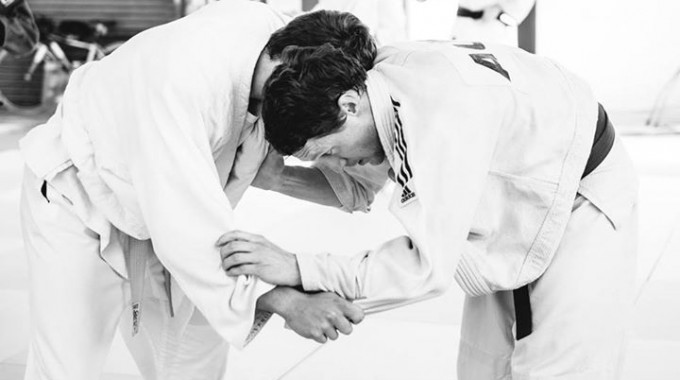 Iain Walker From the Budokwai Drops In on Saturday!
Iain Walker, one of our Black Belts training now in England came to the Saturday session and really showed the guys a few things he has learned from premier British Judo! He went through some Kouchi Movers with the guys and really showed his stuff! Iain will be our next Sandan as he is preparing for his third degree black belt when he gets back to London in the New YEAR! Good luck for that one! And he trains where?
http://www.budokwai.co.uk/

Ivan Hills has got his Black Belt!
Yes, Ivan came down from Gin Gin in Queensland to for a week in September so that he could get his Black Belt. Judo Q passed him for Shodan in December! Well done Ivan, for those who were involved with Mount Gambier Judo, we got Ivan to Brown Belt before he moved to Queensland over 5 years ago. Yes we finally got someone from Mount Gambier to Black Belt…

Johnny Whipp is making a Christmas visit too!
For anyone who was here in the 70’s you might remember that Johnny Whipp was coaching at the Club for 3 years. Johnny will most likely be popping into training tonight! Come and say hello! Johnny is even in THE Hall of Fame!!! I did not know he was Albert?
http://amahof.asn.au/members/directory/1997-2/albert-john-whipp-1997/

Related Posts
2021 Judo 4 Kids
Our kids classes are returning in 2021 commencing on Monday 25 January at 4:30pm. This…
Personal Safety Programs
Women’s Self Defence Program 17th September to 18th October For more information download the brochure…
Judo News 18th August 2014
Australian Uni Games… September 28th –October 3rd in Sydney … Team Ricky! Yes Riccardo has booked a…
Judo4Kids
Term 4 details are now available in the attached flyer. If you're not sure whether…
Newaza Classes
AUJC is adding a new session in 2021 on Thursdays during the School Term to…
Recent Posts
Recent Comments
Archives
Categories
Meta
Cart
Subscribe To Our Newsletter: